Many trappers depend on cabins for shelter during the trapping season. Construction of cabins in remote locations can present a major challenge. Simple methods and materials are a distinct advantage. Construction experience is an even bigger advantage. One of our members developed a method requiring two people and a minimum of tools. ATA organized a workshop to allow interested individuals to participate in the construction of a cabin, based on this simple method. A 12 ft. x 18 ft. cabin was completed in two days. ATA plans to offer a cabin-building workshop every 3 to 5 years.

Nearly 20 years ago, ATA member Marty Meierotto wrote an article for this magazine in which he described a simple method for building a cabin. His system does not require a lot of equipment or man-power. Thus, it is ideal for a small trapping cabin located far from town.

That article generated enough interest that we organized a workshop in 1999 to demonstrate the system. A second workshop followed in 2007. Thanks to Marty and his able assistants, we presented a third workshop in early October.

The weather was tough on the weekend of the workshop -- 35F and raining. However, the people who signed up for the workshop were tougher. They "took ownership" of the project, as Marty said. They worked hard and maintained a positive attitude throughout the weekend.

The cabin was constructed on the grounds of the Tanana Valley Sportsmen's Association in Fairbanks. TVSA President Grant Lewis expressed his gratitude to ATA for working with his organization, "Please pass on TVSA's thanks for the ATA's involvement in the recent cabin-building workshop. It was a great partnership. TVSA members gathered wall logs and roof poles for the project. In spite of the weather, your instructors and workshop participants erected the cabin. The "students" seemed to gain a good grasp of how to build a trappers cabin with a minimum of tools and man-power. We got a substantial storage cabin for our future use. I think the cooperation between ATA and TVSA worked to both clubs' benefit. Looking forward to possible future cooperative efforts!"

We thank Marty, Derek Patton, Dave Greer and Ross Beal for their efforts to make this workshop a success. 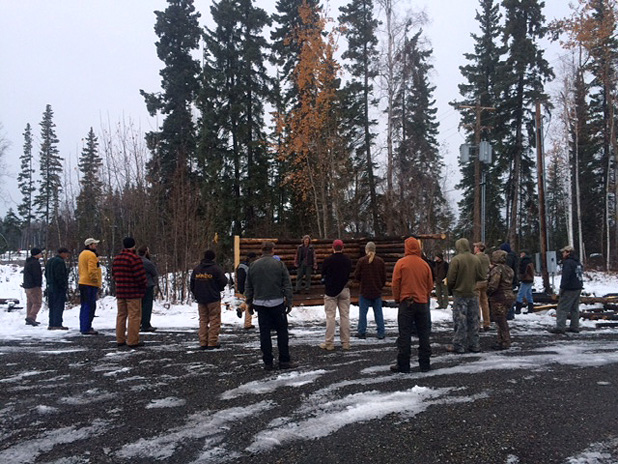 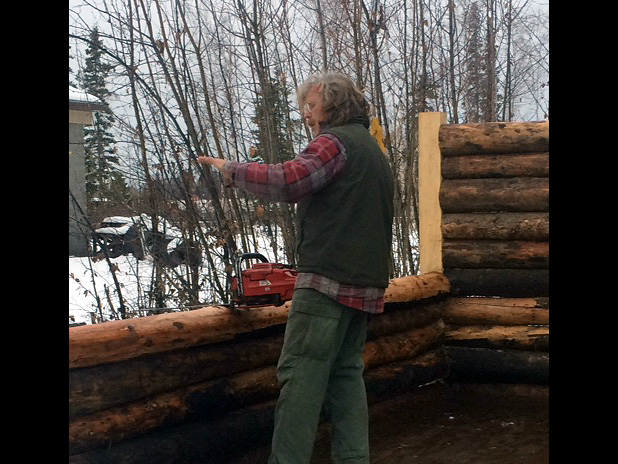 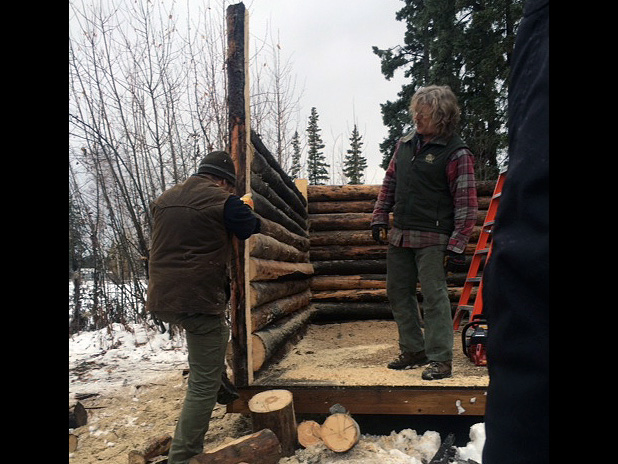 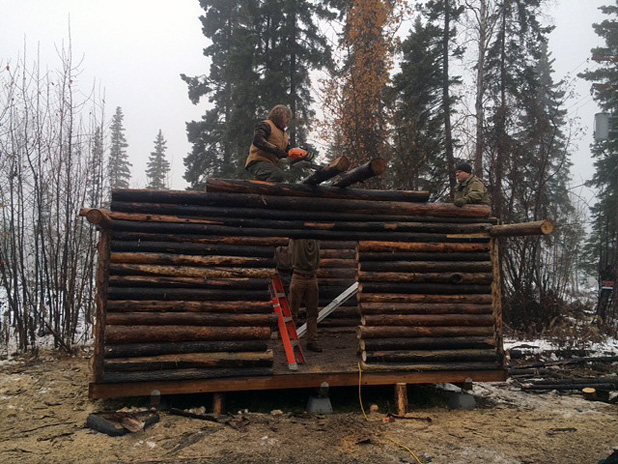 below for the Cabin Workshop video:


From a Pile of Logs...to a Palace 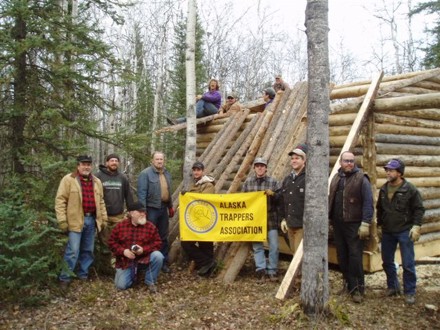 Over the past twenty plus years, ATA member Marty Meierotto has developed a technique for building simple cabins using a minimum of tools and man-power. Several years ago, Marty wrote an article describing the process. Following the appearance of the article in the ATA magazine, members requested that we organize a workshop to actually demonstrate the process. That first workshop was a success. As a result, Marty was dubbed "The Cabin Guru," a title which has earned him unending guff from his fellow smoke-jumpers with the Alaska Fire Service. 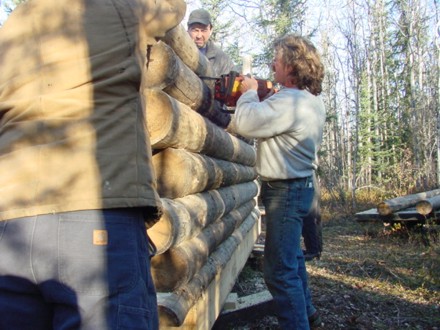 After a few years, we decided that it was time to do it again. On the last weekend of September 2007, Marty shared his secrets and inimitable sense of humor with sixteen lucky participants. For two full days, the group lifted and sawed and hammered. They asked questions and offered recommendations. By the end of the weekend, a pile of logs had morphed into a solid cabin. Based on comments from the participants, many of them intend to launch similar projects in the near future. They were grateful for the training. 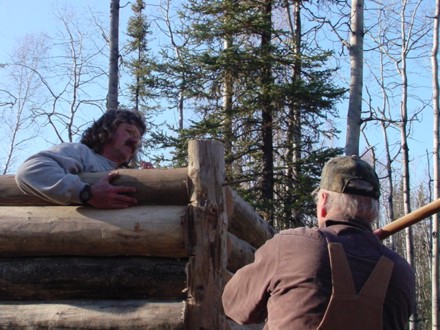 ATA thanks Marty and his wife Dominique for their hospitality. We also thank Marty's assistants (Ray Crowe and Dave Greer) for their stamina and patience. 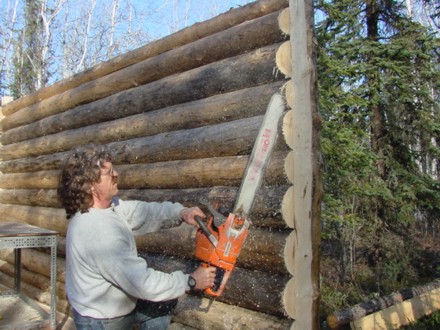 Marty squaring up a corner. Photo by Ross Beal. Click to enlarge.