Archive of ATA Events and Meetings

A big thank you to all our volunteers. ATA strives to have a face in the Fairbanks community. 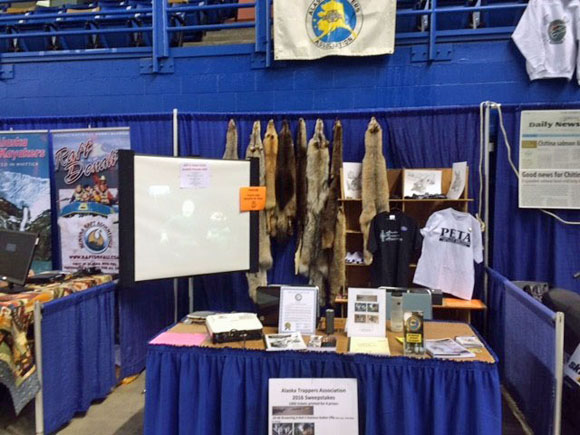 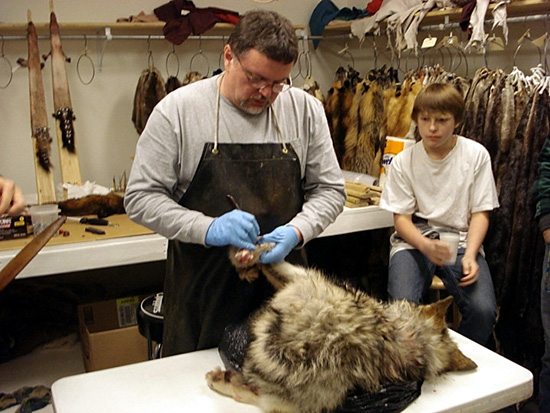 Interested in learning how to process furs from the guys who have many years of experience? Then this class will teach you many of the techniques required to do it the right way and get more money from the sale of a quality fur. Fur grading will also be covered.

ATA reserves the right to retain a portion of the registration fee if notified of cancellation less than one week prior to the event.

Sponsored by: The Alaska Trappers Association 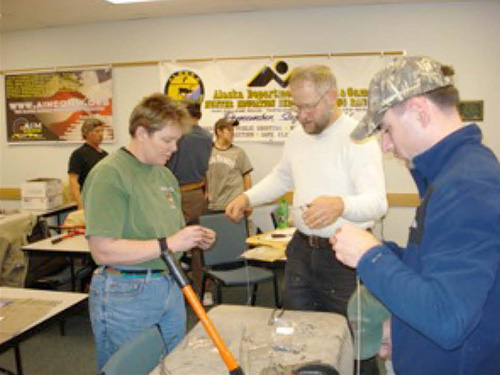 On Sunday the third of January we held a snare building clinic at the Alaska Department of Fish and Game's Indoor Shooting Range Classroom. We had nine students attend the school. Topics included Ethics, Cable and Hardware selection, hardware suppliers, tools, loop size, Wolf snare "Break-away" devices and building techniques. Following the lecture portion of the class we broke for lunch. After lunch the students then began building the snares themselves for practical experience under the supervision of the instructors. Snares covered were Beaver, Lynx, Coyote, Wolverine, Marten and Wolf. Our host from the Alaska Department of Fish and Game, Bob Hunter, provided a nice synopsis of the development and construction of the Wolf breakaway snare.

Instructors Jr Peterson and Jim Masek proved to be a wealth of information and I can't thank them enough for a fine job.

Finally I would especially like to thank Department of Fish and Game for the use of their facility.

On October 10-11th ATA manned a booth with our merchandise, Furs, literature, slide show and video with lots of information on our organization and our mission. I had many interesting conversations with trappers and non-tappers alike. Having a presence at these shows is very important to our organization and we are well received by the general public. On Sunday Alaska's only Congressman stopped by to visit. - Ross Beal 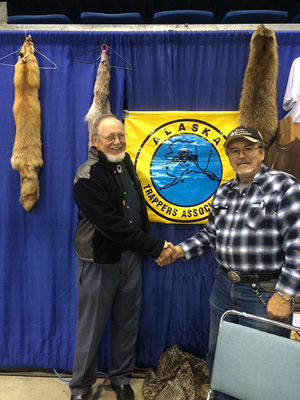 Fun at the 2015 Trappers Fling and the ATA Fur Auction! 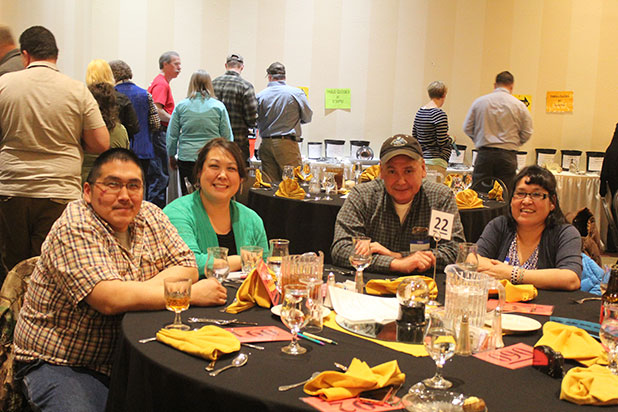 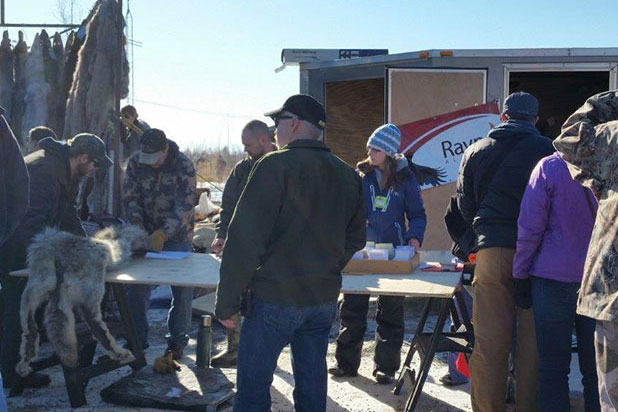 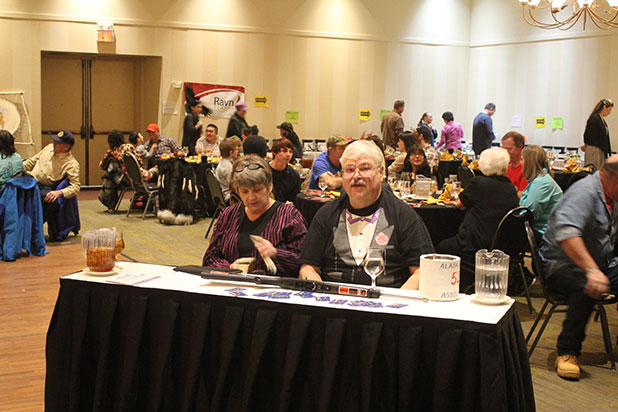 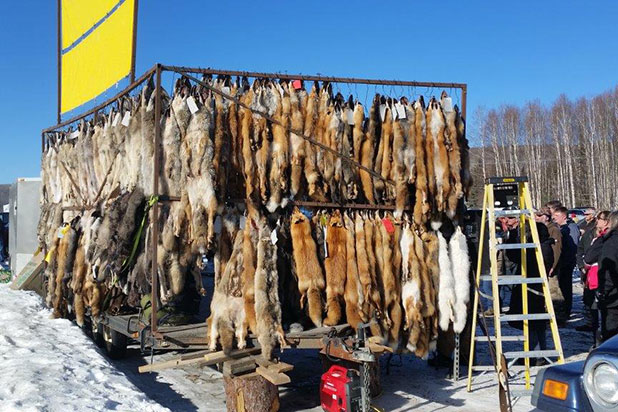 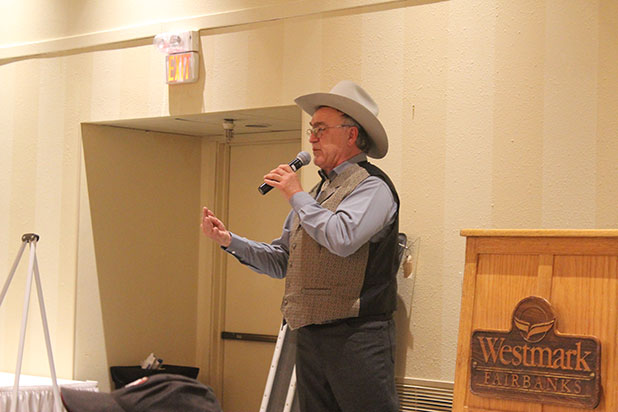 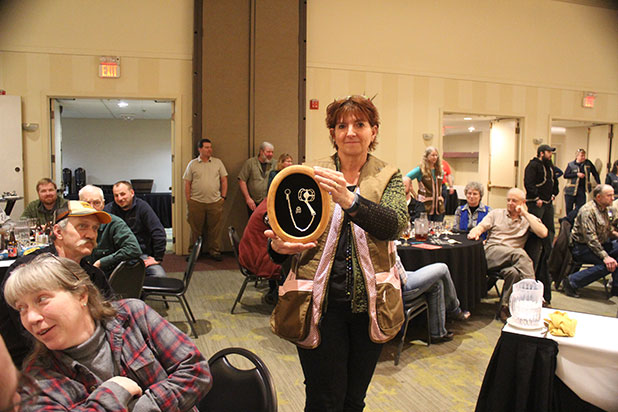 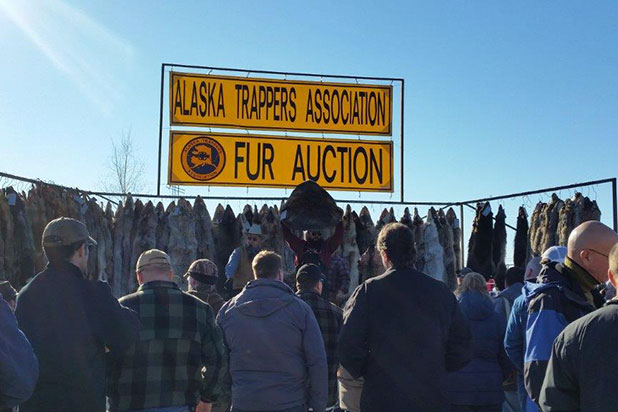 Interior ATA hosted a trapping school for 35 students on Saturday, October 18th and Sunday, October 19th at the Lost Lake Scout Camp off the Richardson Highway in Interior Alaska.

For a full report on the event, click HERE.

This year's "SCCATA Trapping School for Beginnners" was held at Beach Lake in the Chugiak/Eagle River area with both Trace Farve and Cross Sellers as our youth volunteers.

For a full report on the event, click HERE.