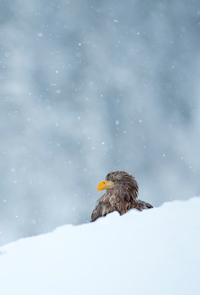 The "D-2" public lands issue (referring to Section 17(d) (2) of the Alaska Native Claims Settlement Act) was coming to a head. In late 1978, President Jimmy Carter and Secretary of Interior Cecil Andrus had decided in their infinite wisdom that bulldozers and loggers were poised to ruin Alaska and it had to be "saved" by emergency order. Using the Antiquities Act as his authority, Carter declared somewhere in the neighborhood of 100 million acres would be immediately classified as "National Monuments" Of course trappers need wilderness to ply their trade more than they need (administratively classified) Wilderness. Suddenly, with the withdrawal of all this land, many trappers were forbidden to trap or hunt on their traditional traplines. Hunting, trapping, snowmachine use, etc.... all were banned on the new monuments. A hornet's nest had been poked. IATA was in the middle of it from the beginning. In fact, trappers were among the most immediately affected.

Many of the IATA leaders, chief among them Ken Fanning, became directly involved in the fray. The environmental movement started a lobbying group called the Alaska Coalition. Trappers, hunters and miners then formed "The REAL Alaska Coalition." We did not have the money that the environmental activists had, but we effectively fought for and gained a lot of concessions that stand to this day. Once again, IATA and trappers were an integral part of the coalition.

One of the most visible activities was the Great McKinley/Denali Trespass, held at Cantwell in January of 1979. In the middle of the grim Alaska winter, over 3,000 frustrated and angry Alaskans, including many IATA trappers, participated in one of the largest public demonstrations ever seen in Alaska. We converged on Cantwell, in the Alaska Range, on land recently declared a "monument" by President Carter. We deliberately did the things that we had been told were illegal by the National Park Service. We fired weapons, we snowmachined, we camped, we cut firewood, we ran dog teams, we hunted and we set traps. The National Park Service brought in extra rangers from the Lower 48, but they were sorely outnumbered and the NPS honchos wisely decided not to arrest any of the 3,000 lawbreakers. The whole event ended peacefully; our point had been made.

The Antiquities Act monument withdrawals were just the beginning of the federal meddling in the "subsistence" issue. Unfortunately this issue was destined to become perhaps the most divisive conservation-related issue to ever surface in Alaska. In the February issue of "Alaska Trapper," Pete Buist wrote: "Under the current definition and regulations, subsistence trapping means simply that the fur cannot be sold. How is the family in the Bush supposed to get the cash to buy Blazo, or fuel oil or dog feed? I don't know and I will bet [Secretary of Interior] Cecil Andrus and [President] Jimmy Carter don't know or care..." "Trapping will continue" he predicted. "I only hope that trapping [on the monuments] will become legal again." The political situation for trappers on federal land was grim.

IATA voted to affiliate with the Alaska Fish & Wildlife Federation and Sportsmen's Council. Increasing the trappers' clout, Pete was elected the statewide president of the group at its annual meeting in Juneau. For the time being, the Council was affiliated with the National Wildlife Federation (NWF). A significant rift grew between these groups when the NWF, foregoing its hunting roots, came down politically with the radical environmental organizations supporting making as much of Alaska as possible into new national parks, refuges, Wild & Scenic Rivers and Wilderness areas.

Another political problem for trappers on the federal level occurred that spring when the USFWS decided to forego science and made the political decision not to try and remove lynx and river otter from Appendix II of the Endangered Species Scientific Authority (ESSA). Trappers were really getting hammered.

Was there any good news that spring? Heck yes! Tickets to the Trappers' Fling were only $5 that year!

On February 23rd, IATA sent a letter to Commissioner of Fish and Game, Ron Skoog, supporting the wolf control efforts proposed for Game Management Unit (GMU) 21, west of McGrath. The IATA decision to support the action was not made lightly. The final decision was based on the knowledge that while the proposed project might take a few wolves that might otherwise be trapped, our Bush neighbors in the middle Kuskokwim depended heavily on moose meat to feed their families.

In March, D-2 legislation was pending in Congress. Congressman John Breaux of Louisiana, Chair of the House Subcommittee on Wildlife and Fisheries decided to hold public hearings at the University of Alaska. Prior to the hearing, the REAL Alaska Coalition invited committee members to a reception at the Tanana Valley Sportsmen Association clubhouse. Several IATA members gave the dignitaries snowmachine and dog sled rides in the brisk evening air along the Chena River ice. In a fit of political incorrectness, Pete Buist's dog team flipped Chairman Breaux unceremoniously off the sled and into a snow bank. The official record rendition of the accident, in Rep. Breaux's words, is preserved forever in the Congressional Record. Who knows how it may have affected the outcome of the legislation!

In late summer of 1979, IATA put a lot of effort into helping Larry Edwards of Alatna, Eddie Bergman of Allakaket, and staff at Tanana Chiefs Conference (TCC) to set up an Upper Koyukuk Trappers Association. The group was to be headquartered in Huslia. With TCC support, the group functioned for several years before withering on the vine.

The formation of the new group on the Koyukuk sparked discussion within IATA about our organization becoming a truly statewide organization. Virtually the entire trapping community now thought of the Interior Alaska Trappers Association as the ALASKA Trappers Association. The groundwork was laid to rewrite our by-laws and articles of incorporation and reorganize as the ATA. There was some question with Department of Commerce and Department of Revenue as to whether the name "Alaska Trappers Association" was still owned by another party who had unsuccessfully tried to launch the concept. Eventually the State declared the name was OK for us to use and we registered it and began to implement the changes.

In October 1979, Joe Dart took over as Editor of "Alaska Trapper" magazine.

Politics continued to be a huge focus for us that year. In November, the Alaska Division of Parks decided to try and close a huge portion of the Chena River Recreation Area, east of Fairbanks, to motorized use. IATA agreed with that closure for summer use, but pointed out to Div. of Parks that there was simply no non-motorized winter use of the area except in areas where trappers and snowmachines had broken out trails. The park planners were not impressed with the logic of allowing some snowmachine use until late February. Instead they went ahead with their plan. In addition, the Director of the Alaska Division of Parks Terry McWilliams wrote to the Director of the Alaska Division of Lands Ted Smith, suggesting that Pete Buist should be considered as having a "conflict of interest" while serving as President of IATA and should be fired from working at Division of Lands. Pete dodged the bullet.

While not an official IATA accomplishment, in January of 1980, Fairbanks trapper and machinist Ned Manning crafted a prototype large coil-spring trap. This new trap had offset jaws, no teeth and roughly the same jaw spread as a Newhouse #114. The big traps were individually made by Ned and were available in limited numbers for $50 a copy. Originally called the Manning #9, it later became the Alaskan #9.

In February of 1980, IATA member Raymond Thompson of Washington died. He had been the maker of Thompson snares and locks. The same month, Vic Van Ballenberghe resigned from the ADFG furbearer biologist position. In September Herb Melchior, who had been the Area Biologist at Barrow, took the position.

In March of 1980, national Fur Takers President Bobby Raines visited Fairbanks and the trappers who had comprised what formerly had been Chapter 19, IATA. From Mississippi, Bobby attended the Trappers Fling and had a memorable trip on an Interior trapline. As a southern beaver trapper, Raines had never seen beaver snared through 3 feet of ice. His immortal words: "I could catch 10 beaver while you dig one of those stinkin' holes...!" His photo, driving a dog team, appeared on the cover of Fur Taker magazine. IATA was getting more national recognition and hopefully back into the good graces of FTA.

Later in the spring, the IATA directors discussed rejoining FTA and also affiliating with the National Trappers Association (NTA). Newly-elected IATA President Jon Gleason also suggested that the Life Member category of membership be classified as a Blue Lynx membership. Pete Buist was named NTA Director for Alaska, a post he would hold for several years. Director Ken Fanning announced that he was running for elected office in the Alaska House of Representatives on the Libertarian ticket.

With the much-appreciated direction of Joe Dart, IATA's first official publication, "The Alaskan How-To Handbook" was proposed as our first big literary project. It was to be a collection of past "how-to" articles that Joe had written and illustrated for "Alaska Trapper" magazine. It was and remains to this day one of our most popular publications.

Another feather in Joe Dart's cap was marked in November 1980 as "Alaska Trapper" became "Alaska Trapper and Dog Mushing News." Coverage was expanded to include news of local dog races, hobby mushing and tips about dog care. Fairbanks veterinarian Val Stuve began writing a monthly column on dog care that was widely read and enjoyed.

In the November statewide election, IATA Director Ken Fanning was elected to the Alaska House of Representatives, as a member of the Libertarian Party.

1981 began with a great photo in the magazine. This photo of a sunken snowmachine documented Jon Gleason's induction as the first official member of the Skidoo-ba Diver's Club!

In February, Treasurer Elaine Long reported that we had gained just over 200 new members this winter. March saw another successful Trappers' Fling (with tickets still selling for just $5) and the Second Annual Carnivore/Furbearer Conference at the University of Alaska - Fairbanks.

In late spring, Joe Dart turned the editorial reins of the magazine over to Dave Woodward. The October issue would be Dave's first edition. Trappers turned their thoughts to a myriad of summer activities.

As summer turned to fall, we got closer to becoming a truly statewide trapping organization. The state was reviewing our paperwork and on the verge of approval of the new corporate structure.

In October, Don Collins of Hudson Bay Company in Montreal made a pitch for the HBC Auction. He visited Fairbanks, spoke at the October meeting and gave an interesting fur handling demo.

In November, Al Jones was elected President of what, for now, was still IATA. A month later, all paperwork was completed and IATA officially became the Alaska Trappers Association. The dream of a handful of visionary Fairbanks trappers had become a reality.