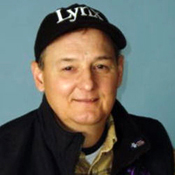 
Trappers routinely ask me, "What can I do to help support ATA?" There are many ways to answer that question:

We all want to see trapping continue on into the indefinite future. You can help that vision be a reality by investing a little time and effort into making ATA a bigger, better, stronger organization. It will pay dividends in the long run.