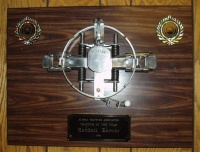 The Fabian Carey Trapper of the Year award is the highest honor bestowed by the Alaska Trappers Association. It is named after the first President of the ATA.

Fabian had a variety of talents. He appreciated classical music and opera. He was comfortable in a lecture hall; either listening or speaking. He was an accomplished heavy equipment operator and construction worker. However, he never lost his love of the woods and its animals. Fabian was one of the organizers of the Interior Alaska Trappers Association (the "Interior" designation was later dropped). 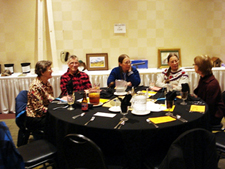 Fabian was a statesman and leader in support of trappers. As a personal friend of many state and national leaders, he never missed an opportunity to influence legislation in favor of the trapper and his conservation efforts. Wherever Fabian traveled, he tried to educate and enlighten people regarding the trapper's dynamic role in wildlife management. To create more interest in trapping, Fabian persuaded other trappers (many of whom were independent by nature) to share their "secrets" and help novice trappers become more proficient.

Fabian trapped for many years in the vicinity of Lake Minchumina. He was considered by many fellow trappers to be one of the greatest trappers in Alaska history. Fabian Carey passed away in the autumn of 1975. This award is given to honor his memory and in recognition of his dedication to trapping.

It is not necessary to put a huge amount of fur on the stretchers in order to qualify for this award. Past recipients have included both dyed-in-the-wool trappers who spend more time in the woods than they do in town and leaders of ATA who contribute through their organizational abilities. Any member who furthers the cause of trappers and trapping can be considered a legitimate candidate.

Each year, we notify members of the criteria and deadline for nomination via our monthly magazine. We encourage everyone to nominate deserving candidates so that they may receive the honor that they have earned. Perhaps more important, we encourage members to work hard on behalf of ATA. One day, you too may receive this award named after our first President.

Previous recipients (click on one of the names in bold for more information):